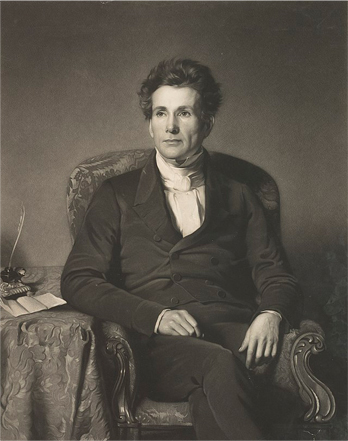 The Scottish Church Collegiate School is a selective boys' school in north Kolkata, West Bengal, having a history of more than 190 years. The school was founded in 1830 by Reverend Alexander Duff, who came to Calcutta as the first missionary of the Church of Scotland to India. The Scottish Church Collegiate School is affiliated with the West Bengal Board of Secondary Education, and the West Bengal Council of Higher Secondary Education for the secondary and higher secondary school examinations respectively. The school functions under the Governing Body of Diocesan Schools, the Diocesan Board of Education and the Church of North India.

The school functions under the Governing Body of Diocesan Schools, the Diocesan Board of Education and the Church of North India. The institutional origins are traceable to the life of Alexander Duff (1806-1878), the first overseas missionary of the Church of Scotland, to India. Known initially as the General Assembly's Institution, it was founded on 13 July 1830.

Alexander Duff was born on 25 April 1806, in Moulin, Perthshire, located in the Scottish countryside. He attended the University of St. Andrews where after graduation; he opted for a missionary life. Subsequently, he undertook his evangelical mission to India. In a voyage that involved two shipwrecks (first on the ship Lady Holland off Dassen Island, near Cape Town, and later on the ship Moira, near the Ganges delta) and the loss of his personal library consisting of 800 volumes (of which 40 survived), he arrived in Calcutta on 27 May 1830

The Scottish Church College is now owned and administered by the Church of North India (CNI) through the diocese of Calcutta. It is affiliated to the University of Calcutta but enjoys autonomous status for its Faculty of Post Graduate Studies. We offer Honours course in 15 subjects in the under-graduate stream and post-graduate course in two subjects. The Department of Teacher Education of the college prepares women students for the Bachelor of Education degree.
In keeping with the vision of its founder, the Scottish Church College encouraged academic excellence as well as promoting personality development, community service and the refinement of aesthetic sensibilities. Through the years a long line of illustrious personalities have been educated in these hallowed halls of learning. The splendorous architecture of the College including its magnificent prayer hall is eloquent testimony to its timeless heritage and the pioneering vision of its founding fathers. The Scottish Church Collegiate School is a Christian Minority School Under Article 30 of the Constitution of India. Run according to The Special Rules of Govt. of West Bengal. The School is under the administrative control of the School Managing Committee, which in turn, is constituted by the Governing Body of Diocesan schools, Diocese of Calcutta (Church of North India) the present Founder Body of the School. This school is Affiliated to the West Bengal Board of Secondary Education (Class V to X) and West Bengal Council of Higher Secondary Education (Class XI & XII). Apart from regular studies the school encourages extracurricular activities like Karate, Football, Cricket, Chess, Badminton & Music & Drama.

The School Committee has resolved to turn the school into an English Medium School in a phased manner. The Pre-Primary Section, Beadon Street is a completely English Medium section. The school has been ranked No1 in North Kolkata for the last 10 years for its all round success.

Due to rise in number of the students the school was shifted to a palatial building, on the Nimtala Ghat Street (Now Jorabagan police station) and continued there till March 1844. After that the school was again shifted to Cornwallis Square (now Urquhart Square). In 1910 the school was finally transferred and settled in the newly erected building on the Cornwallis Street.

In its centenary year it was renamed as “The Scottish Church Collegiate School”. A building was later built on the play ground at Roy Bagan Street, besides the main building. This building was further enlarged in 1958 and later named as “Hensman Block” after the then headmaster J.C. Hensman.

The Pre-Primary Section & Primary Section of the school (both English & Bengali Medium) functions from 6.30 am onwards. Smt. Indrani Mondal is the present Teacher-in-Charge of the Primary section.(Day & Morning Section)

The Primary Section of the school began its function in 1950 at the St. Andrew's House on 32/8, Beadon Street, Kolkata-6 (near Manicktala market). Previously, it had been used as the premises as hostel for outstation students.

Initially supported by the Governor-General of India Lord William Bentinck, Rev. Alexander Duff opened his institution in Feringhi Kamal Bose's house, located in upper Chitpore Road, near Jorasanko. In 1836 the institution was moved to Gorachand Bysack's house at Garanhatta. Mr. MacFarlon, the Chief-Magistrate of Calcutta, laid the foundation stone on 23 February 1837. Mr. John Gray, elected by Messrs. Burn & Co. and superintended by Captain John Thomson of the East India Company designed the building. It is possible that he may have been inspired by the facade of the Holy House of Mercy in Macau, which reflects the influence of Portuguese Renaissance and Mannerist and colonial architecture. Traces of English Palladianism are also evident in the design of the college. The construction of the building was completed in 1839.

In the early 1800s, under the regime of the East India Company, English education and Missionary activities were initially suspected. While the East India Company supported Orientalist instruction in the vernacular languages like Persian, Arabic and Sanskrit, and helped to establish institutions like Calcutta Madrasah College, and Sanskrit College, in general, colonial administrative policy discouraged the dissemination of knowledge in their language that is in English. The general apathy of the Company towards the cause of education and improvement of natives is in many ways, the background for the agency of missionaries like Duff.

Inspired by the General Assembly of the Church of Scotland, Reverend Alexander Duff, then a young missionary, arrived in India's colonial capital to set up an English-medium institution. Though Bengalis had shown some interest in the spread of Western education from the beginning of the 19th century, both the local church and government officers were skeptical about the high-caste Bengali's response to the idea of an English-medium institution. While Orientalists like James Prinsep were supportive of the idea of vernacular education, Duff and prominent Indians like Raja Rammohun Roy supported the use of English as a medium of instruction. His emphasis on the use of English on Indian soil was prophetic.

The Managing Committee of the School has started the second campus of the school in the Kestopur Emmanuel Church Campus. The new section would be a fully English Medium Section with state of the art facilities. The Kestopur Branch of the school was inaugurated by his grace the Bishop of Calcutta on the 25th of November 2019. The Property Committee of the Diocese of Calcutta had kindly made available the land at Emanuel Church, Krishnapur, Kestopur, Kolkata-100102 for the construction of the Second Branch of the Scottish Church Collegiate School. The School would function under the supervision of the school committee of the Secondary Section.

On the 25th of November 2019 the Bishop of Kolkata, Rt. Rev. Dr. Paritosh Canning inaugurated the Kestopur Campus in the presence of Hon Minister for Technical Education & Training and Skill Development Mr. Purnendu Basu & Honourable Shri Sadhan Pande, Minister for Consumer Affairs, Government of West Bengal, the inauguration program was attended by distinguished guests and clergy from the Diocese of Kolkata.